Rabbi David Solomon ibn Avi Zimra received an inquiry regarding an individual who claimed his Converso grandfather was a Cohen. Two versions of this responsum exist. While there are differences in the formulation of the questions, the answers given are identical.[1]

The version given in 6, 31 relates that the individual in question was a third generation descendant of a Converso. His grandfather had fled the land of persecution. His grandfather, however, failed to observe the prohibitions relating to Cohanim. The individual’s father moved to the Land of Israel. There he claimed that non-Jews called him a Cohen. The father asked the opinion of one of the greatest rabbis of the period who is not named in the responsum. The rabbi recommended that he observe the laws prescribed to Cohanim. The father followed the rabbi’s advice. The son and the subject of the responsum did not follow his father’s example, however. He married a divorced woman which violated the proscriptions for the priestly families. As a consequence, some rabbis wanted to him to divorce his wife.

The question as presented in responsum 2, 683 is worded differently.  According to this account, the son was actually a sixth generation Converso. His father had started to observe the laws prescribed for Cohanim. The basis for his observance was that one of his ancestors was called a Cohen by non-Jews. Ibn Avi Zimra opposed those who suggested that the individual man divorce his wife. He argued that the unconfirmed report of non-Jews was insufficient for classifying a person as a Cohen. He argued that an individual should prove his lineage with documents such as a note of indebtedness which included the designation Cohen as related to the father. How a Converso would provide such a document is unclear as is whether this was expected for returning Conversos in general. This scenario seems unlikely, however.

Ibn Avi Zimra also contented that a person whose priestly lineage was uncertain was not bound to maintain the prohibitions. Were he to do so, it would constitute a voluntary pietism and not a personal responsibility.  Ibn Zimra also assumed that the grandfather, who certainly knew his lineage, disregarded the prohibitions. According to Ibn Zimra, many Conversos from priestly lineage had married women that were prohibited to them. In all likelihood, Ibn Avi Zimra argued, in four generations the family in question had likely become ineligible for priesthood. According to Zsom, this mention of four generations conclusively shows that the original account is reflected in resound no. 2, 683.[2] As anecdotal support for his position, he cited that he had seen “in Egypt someone who was allegedly the descendant of a converted priestly family, and he did not observe anything from the restrictions regarding kohanim, and no one raised objections.” [3] The man had married a divorced woman, but no one had raised objections.

For those Conversos whose priestly lineage was established, some questions also arose regarding the acceptability of these individuals to recite the priestly benediction in 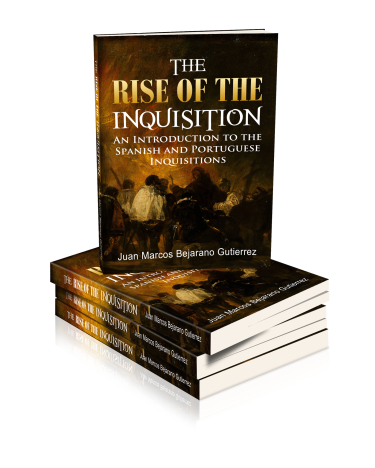 synagogue services. Ibn Avi Zimra sided with the opinion that those who had voluntarily converted but later reverted to Judaism should not recite the blessing. In another responsum,[4] Ibn Avi Zimra quoted the view of Maimonides regarding Cohanim converted by force: “A Cohen, who worshipped an idol, whether under compulsion or inadvertently, even if he repented, should not raise his hand [to bless the people] ever again.”[5] Nevertheless, with reference to those were anusim, Ibn Avi Zimra believed that the forced converts of his day and age were fit for the blessing.[6] This statement could it seems only verified among the first generation of converts. After the first generation, it would have generally become impossible to know whose ancestors had voluntarily converted and who had been forced.

“[Fez, to the learned Rabbi Nathan Busti and his colleagues, may the Rock preserve and keep them: You asked, my brothers, regarding one who came and claimed that he was a kohen— whether or not one can believe him, for calling him first to read from the Torah.

Answer: … And even though there are a small number of them who mix with the idolators and take their daughters as wives, they are only the tiny minority– [Jer. 3:14] one from a town and two from a family. And one of them who does this is alienated from the rest and despised, and they subsequently refrain from mixing with his offspring/seed. For they consider this seed as idolatrous, as is the law, since his mother is an idolator….

I will now return and respond to your words, in which you wrote ruling invalidation of the priesthood for those of the anusim who come and claim that they are held to be kohanim. First you wrote, using these words: Regarding the matter of these gerim who come from the Kingdom[s] of Catalan and Castile and Portugal to convert [lehitgayyer] and to enter under the wings of the Divine Presence. And each one of them says (that) “I am a kohen“, etc.

And this is the gist of your language. One who examines your words will find in them a great error. For G-d forbid that Jews in all their places of residence would be stupid [enough] to call up first to the Torah, for the kohen‘s portion, one who was an idolator and converted. For this is not done in Israel. And an idolator who converts can never claim and say that he is a kohen. For where would this priesthood of his come from? And how can you pose this question?

You must catch that these [conversos] are not called by the term gerim [i.e., ‘converts’] for they are [Isaiah 41:14 ] the worm of Jacob; they are considered [ibid] maggots of Israel, and are not called “gerim” for this purpose, but rather, penitents… And we have learned that they [i.e., the Talmudic sages] only use the term ‘ger’ for one who was an idolator and entered under the wings of the Divine Presence, and took upon himself the entire Torah. And someone who accepted the seven Noahide commandments, and agreed not to practice idolatry, is called a “resident alien.” And he is called this because we are permitted to allow him to live among us, as it says in tractate Avodah Zarah [64b] in chapter ha-Sokher. This being the case, you were mistaken in referring to the penitents of the anusim as “gerim“…

Posted by Rabbi Dr. Juan Marcos Bejarano Gutierrez the director of the B’nei Anusim Center for Education. For a more complete review of Iberian Jewish history and the Crypto- Jewish Experience see The Rise of the Inquisition and Secret Jews: The Complex Identity of Crypto-Jews and Crypto-Judaism