An Introduction to the Laws of Kashrut

But before we discuss what kosher is, let’s discuss some ideas as to “why” kosher exists. Why after all, would a religious faith be concerned about what people eat? This book answers these questions and provides the student or curious individual with the basics of what kosher is and why it is observed by religious Jews around the world. 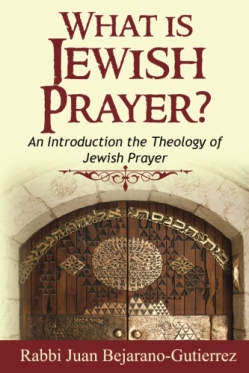 Almost every religious tradition includes a form of prayer or meditation. That being the case, what exactly characterizes prayer as Jewish? Jewish prayer utilizes the idioms and expressions of the Hebrew Bible and the Sages of Israel. In short, traditional Jewish prayer expresses the fundamental values and beliefs of Judaism.

The goal of this book is to provide the reader with an introduction to the theology of Jewish prayer and some of the basic practices associated with certain key prayers. The objective is to provide the student or novice with sufficient understanding to spur him or her to further study and practice.

To purchase, click  What is Jewish Prayer? on Amazon. 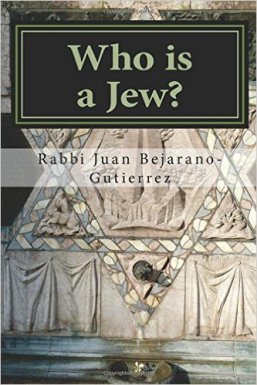 Jewish identity is complicated because it entails religious, ethnic, cultural, linguistic, and national components. Each of these contributes to the identity of who is a Jew. This book surveys biblical and rabbinic views on what constitutes Jewish identity within traditional Judaism but also reviews the positions of Reform and Conservative Judaism. This book also discusses the problem of conversion to Judaism and the case of apostasy. Both of these issues have far reaching impact for American Jews as well as Jewish communities throughout the world.

To purchase, click  Who is a Jew? on Amazon. 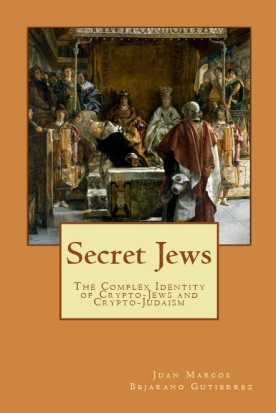 This book reviews types of Iberian Conversos (i.e. primarily forced but also voluntary Jewish converts to Christianity) from the late 14th to the 17th centuries and surveys the Christian and Jewish attitudes towards them. The book begins with a brief history of Jewish life in the Iberian Peninsula noting critical events such as the forced conversions of Jews under the Visigoths and the Almohades. The direct events leading to mass conversions of Jews in the late 14th century and the aftermath in the 15th century are reviewed. This study examines texts and decrees that reveal that many Christians doubted the sincerity of these Jewish conversions to Christianity, and how they still regarded and treated Conversos as Jews. Different types of Conversos are then discussed. The challenges and situations each Converso faced were unique and produced different outlooks towards Jewish identity and faith in general. Various Jewish sources, including rabbinic responsa, sermons, and other documents are also analyzed. These sources reveal the positive attitudes of Jews towards Conversos and the Jewish community’s desire for them to return to Judaism openly. Other studies suggest that as a whole, Conversos either fully retained their Jewish identity or sincerely embraced Christianity. This study argues that the Jewish identity of Conversos was complicated and existed along a broad spectrum ranging from complete abandonment to ardent Judaizing. The book concludes by exploring the stories of descendants of Conversos in the United States, Latin America, and in Spain and Portugal, who are searching and often embracing a Jewish identity once thought lost.

To purchase, click  Secret Jews: The Complex Identity of Crypto-Jews and Crypto-Judaism on Amazon.

In the year 167 BCE, a small band of Judean priests sparked a conflict against the Seleucid Empire that would last a quarter of a century. The immediate trigger had been a sacrifice to idols about to be offered by a Jew at the order of Seleucid officials. The battle was not simply a violent reaction against foreign rule, however.The violence that erupted also revealed the profound disagreements between Jews over what Jewish identity entailed and how it should be lived out. While the military battles against the Seleucid Empire that followed were momentous, the heart of the clash was religious. Hellenism had spread throughout the Near East. It encompassed polytheistic ideas which easily absorbed other cultural ideas and religions. The Seleucids had no issues with Jews as a people. Judaism was monotheistic, and this presented a problem. Their problem was the unwillingness of many Jews to change their understanding of Judaism. Hence, the real war was one of ideas.

The Judean rebels known as the Maccabees were ultimately successful in creating an independent Jewish state which lasted almost a century. As much as their struggle sought to return Judea to previous periods of Jewish spiritual and political autonomy, the Hasmonean rulers were themselves influenced by Greek thought, language, lifestyle, and education. Despite this, a commitment to the Hebrew Bible prevented many Jews from embracing Hellenism completely. The Hebrew Bible formed the basis from which classical Judaism developed. Understanding Jewish thought based on the Hebrew Bible, as well as later rabbinic writings helps explain the uniqueness of the classical Jewish worldview which continues to this day. This book provides an introduction to the classical Jewish worldview.

To purchase the Kindle version, click  Against the Greeks: Understanding the Classical Jewish Worldview.