The term Marrano has often been used to designate Conversos who converted to Christianity for survival sake and continued to observe Jewish practices in some form. The exact origins of the term are disputed, however.

The pejorative meaning of the term is generally understood today and despite this, it has continued to be used in Jewish circles without I believe clear rationale. The famous Spanish dictionary of 1611 authored by Sebastián de Covarrubias defined the term Marrano as “Es el rezien convertido al christianismo, tenemos ruin concepto del por averse convertido fingidamente.- The recent convert to Christianity, of whom we have a despicable opinion for having feigned his conversion.” 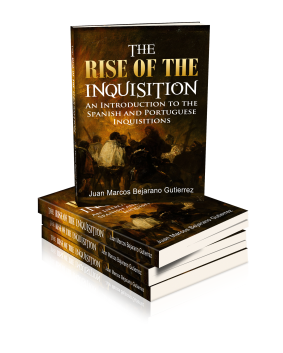 A commonly held alternative view was that the term was derived from the New Testament phrase “maran atha” (“our Lord hath come”). Various unlikely origins for the term have also been suggested. These include the Hebrew marit ayin “the appearance of the eye”, referring to the fact that the Marranos were superficially Christian but continued to practice Judaism. Other Hebrew phrases including the phrase mohoram attah “you are excommunicated”; mar anus- forced convert, and Hebrew term mumar for “apostate”with the Spanish ending ano.

A secondary Arabic word, mura’in meaning “hypocrite” has also been suggested. Jewish Virtual Library, “Marranos, Conversos, and New Christians.” Last modified 2012. Accessed November 24, 2012. In recent years scholars have largely opted to use the terms Conversos/Conversas and New Christians for general references and Crypto-Jews to connote those Conversos who remained loyal to Judaism. I have chosen to use the term Converso as a general rule as I believe it reflects the available material most accurately.

Posted by Rabbi Juan Bejarano-Gutierrez, the director of the B’nei Anusim Center for Education, and author of  Secret Jews: The Complex Identity of Crypto-Jews and Crypto-Judaism