The Spanish Inquisition and the Judaizers: The Grand Persecution of the 1720s
Professor Abraham Gross has developed an innovative project which will facilitate research of the Autos de Fé in Spain during the 18th century. The wave, indeed tsunami, of persecution of Judaizers across all the Inquisitorial tribunals in Spain during the third decade of the 18th century is comparable only to the first wave in the last two decades of the 15th century. It was a concentrated effort at a “final solution” of Judaism in Spain. Within a period of less than ten years, we know of more than 1,300 trials which culminated in around seventy(!) Autos de Fé.

Details of those unfortunate victims are recorded in Relaciones (summaries of the trials) which were printed by contemporaries in pamphlets by authority of the Inquisition. This body of data, once compiled in a database, will allow us detailed and more precise studies of various aspects, including statistics which have not been attempted to date.

Pages from Relaciones
Uri Blankfield, ISAS External Relations Coordinator, South America, has been assisting in transcribing these Relaciones and decrypted them from the archaic Spanish into modern Spanish. Prof. Gross and collaborator Prof. Michael Alpert (University of Westminster, London) are engaged in research of the material and adding comments to the transcription data.

The Grand Persecution of the 1720s – cont.
Mr. Blankfeld notes, “Now that I am personally acquainted with some Bnei Anousim communities around the world, I find it strange that some try to disassociate them from a recent past, even with irrefutable, documented evidence, as recorded by the tormentors in these pages. The records point to the escape or exile of many followers of the ‘Ley de Moyses,’ or ‘Judaisantes’…. Where are their descendants? They are very close to us!” All of the data from the Relaciones project will be formatted into tables, and this platform will be digitized, allowing the immediate search of specific information, such as date and place of the Auto de Fé, names, aliases, age, family ties, profession, penalties and punishments. This database should also become a genealogical source for contemporary individuals searching for their roots. 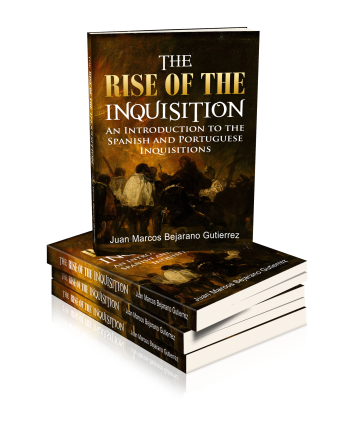 2) Translated Anousim Prayer Book
A Unique Anousim Prayer Book from Northeastern Portugal
This manuscript of hand-written prayers of Anousim in the Tras-os-Montes region of Portugal has been known to scholars since its discovery by Captain Arturo Barros Basto in the 1920s.

The almost 200-year-old volume, a thin, velum-bound notebook containing 100 pages, has recently been “rediscovered” in the possession of a family of descendants of Anousim, who have allow us to make it public. The volume, which will include English and Hebrew translations of the text, will begin with a detailed introduction presenting results of the study of the manuscript and will include related research by several scholars. Pages from the manuscript.

This project is a collaboration between the ISAS and Centro do Estudos Judaicos in Chaves, Portugal. It is essential to make this unique resource accessible to researchers and educated readers in our generation.

Posted by Rabbi Juan Bejarano Gutierrez the director of the B’nei Anusim Center for Education. For a more complete review of Iberian Jewish history and the Crypto- Jewish Experience see  Secret Jews: The Complex Identity of Crypto-Jews and Crypto-Judaism.