In a previous post How Can you Be Jewish and Hispanic? I discussed common assumptions made by many individuals, both Jewish and non-Jewish about Jewish identity. In this blog post, I will begin breaking down the question of Jewishness with the hope of investigating the complicated nature of Jewish identity.

The first thing I would note is that the Jewish identity is multi-faceted. In the story of the prophet Jonah, for example, he was asked by the frightened crew of the ship bound for Tarshish (possibly Spain) who he was. He responded that he was a Hebrew as well as a G-d fearing man. For Jonah, there was an “ethnic” component as well as a religious or theological component to his identity.

The focus of this post will be on the question of ethnicity. Ethnicity is not race. This is a common misconception many people make.

Ethnic groups share a sense of common origins and history, common cultural ties, a common language, etc. Perhaps the best example of the variety that can exist within an ethnic group are Hispanics. 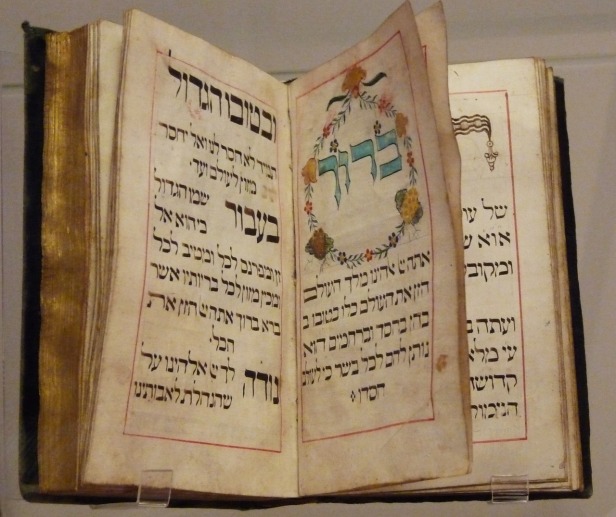 The word Hispanic, derived from the word Hispania/Spania, the name for Spain used by the Romans and the Byzantine Empire, in reality encompasses different racial groups and different countries. It can include individuals from African ancestry, those from solely Spanish ancestry (who are themselves a mixture of Iberian Celts/Gauls, Romano-Iberians, Visigoths, etc.), Native America indigenous groups, and various mixtures of Spanish with indigenous Native American groups and/or African groups in various combinations.

What they hold in common is the Spanish language  and culture, and regardless of their specific origins, some historic connection to the Spanish colonization of the New World.

Interestingly, the Spanish and Portuguese Conversos who fled to Amsterdam, Hamburg, and London, the Caribbean, etc. usually referred to themselves as members of the nation. Membership in the nation was often regarded stronger than religious bonds. That is, Conversos who had returned to Judaism often sought out Conversos who still had not openly returned to Judaism for marriage rather than marry Ashkenazim. The expectation was that such Conversos would practice Judaism, but it shows the emphasis on maintaining what they saw as identity. I will expand on this and how Portuguese identity fits into this in a subsequent post.

This is not to say that religious observance was not important. The rabbis of Amsterdam such as Rabbi Saul Levi Morteira were particularly cognizant of this and often chastised Conversos to be observant in the freedom of Amsterdam.

The attitude towards nationhood or peoplehood is not necessarily surprising, if we consider a difference between Ashkenazim and Sephardim in general.

In a lecture many years ago, Rabbi Sherwin z”l had argued that Sephardim in general regarded themselves as a nation/people first. Unity and preservation of the nation was paramount and this is why religious differences i.e. Reform, Conservative, Orthodox, etc. in the way that they developed among Ashkenazim did not occur among Sephardim. There is in effect only Orthodox Judaism today regardless of  individual level of observance. Hence a  specific Sephardic Jew might not be observant, but he or she would only attend an Orthodox synagogue when they did. Ashkenazim, Rabbi Sherwin argued placed emphasis on the religious identity first and hence the environment for pronounced divisions arose.

Posted  Rabbi Juan Bejarano-Gutierrez the director of the B’nei Anusim Center for Education and the author of What is Kosher? and What is Jewish Prayer?